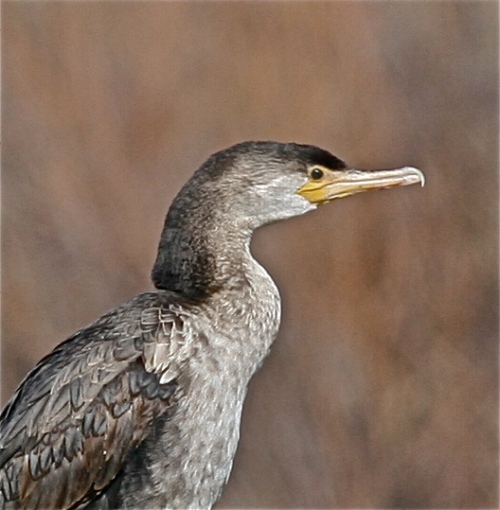 A couple of weekends ago Bosque Bill and I went to Bosque del Apache National Wildlife Refuge. Winter is the usual time to visit the refuge because of the many Sandhill Cranes and Snow Geese that winter there. Because birding has been pretty slow in northern New Mexico lately, we decided to travel to Bosque del Apache to see if there were any interesting birds.

It was a gorgeous early spring day. The light was beautiful.

At one pond along the Marsh Loop we saw several Black-necked Stilts wading and feeding. 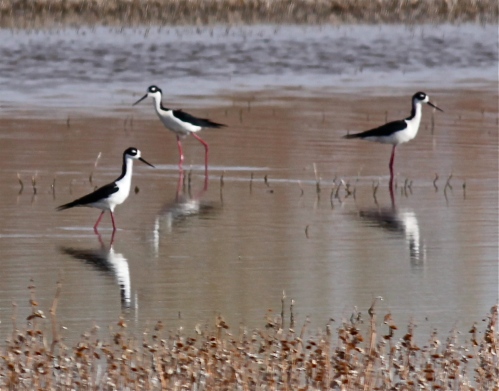 In another pond on the Marsh Loop we saw Neotropic and Double-crested Cormorants. 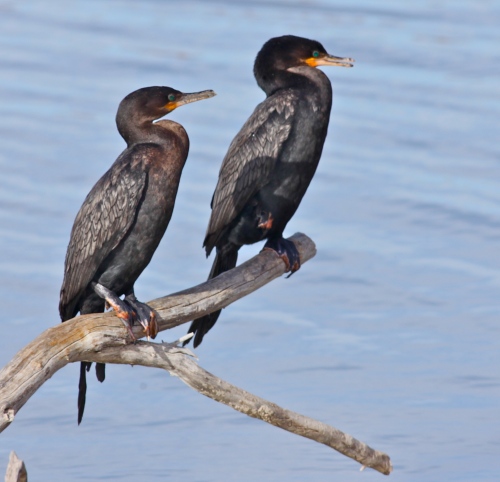 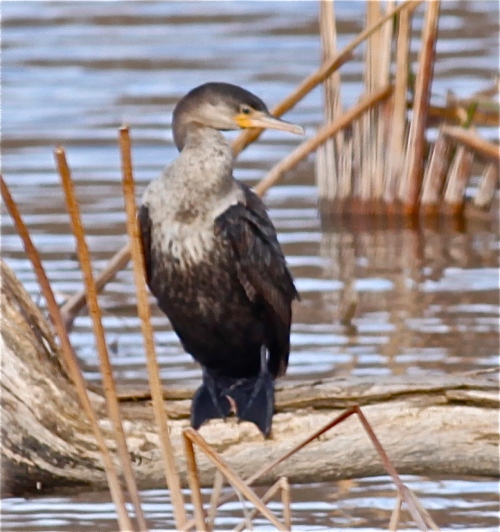 There were quite a few Painted Turtles sunning themselves in the pond where we saw the cormorants.

We saw Redheads in still another pond on the Marsh Loop …

… and Cinnamon Teal in the same pond.

There was a Pied-billed Grebe in that pond too. 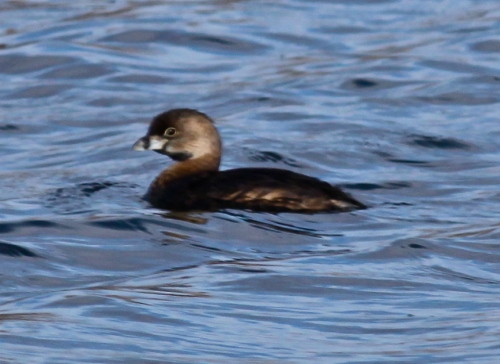 As we continued around the Marsh Loop, we saw a pretty Say’s Phoebe in a New Mexico olive tree. 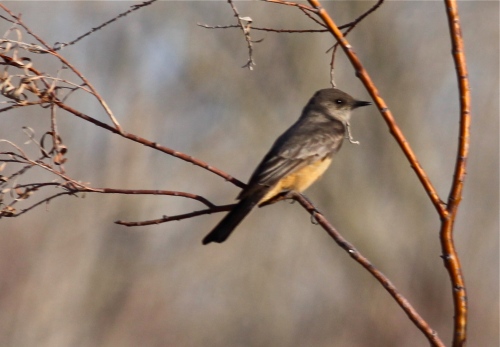 A Red-tailed Hawk flew through the cottonwoods.

There were many Northern Shovelers in the Farm Loop pond …

… and there were many more Cinnamon Teal in the Farm Loop pond as well.

We had been told at the Visitors’ Center that the Sandhill Cranes had left for the year, and so we were surprised to see several hundred Lesser Sandhill Cranes at the Crane Pools as we left the refuge. 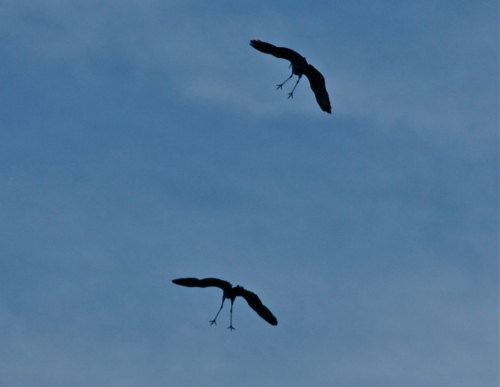 We went to Bosque del Apache with few expectations, and we had a lovely time. The green chile cheeseburgers that we had for lunch at the Buckhorn Saloon were outstanding too! 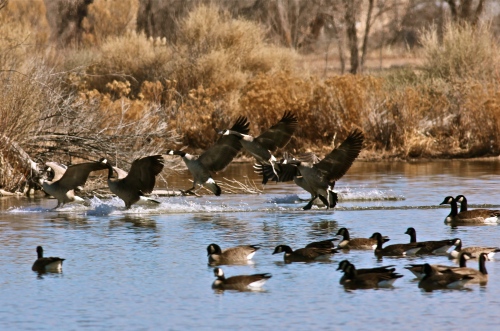 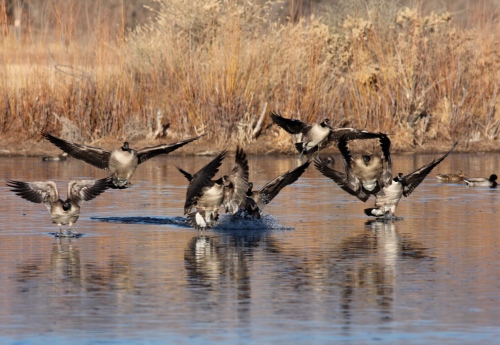 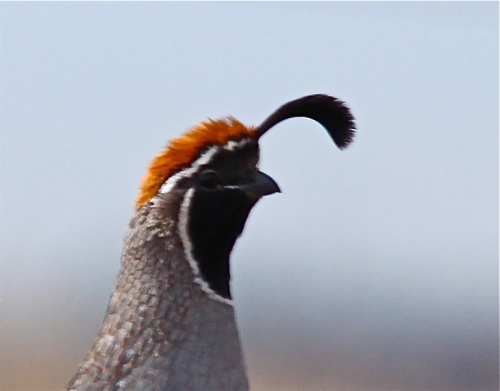 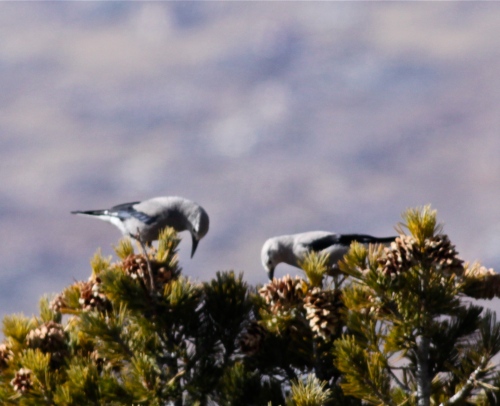 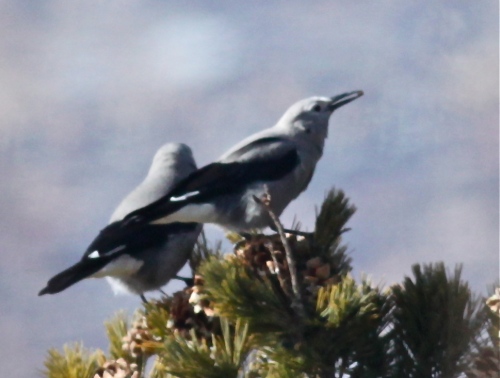 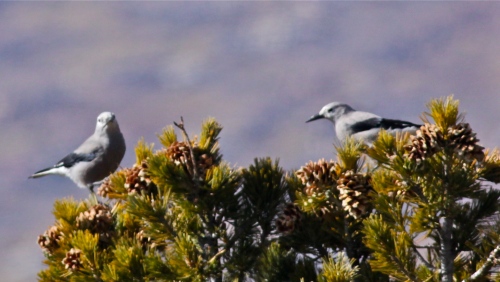 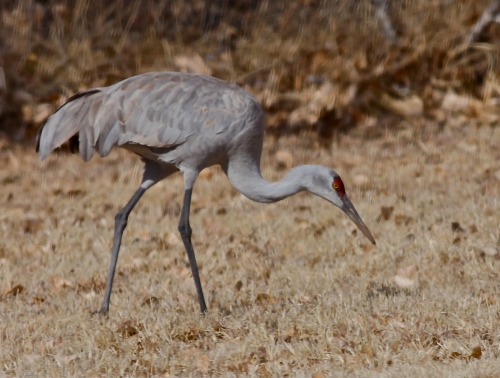